I made the switch from mirrored to mirrorless one year ago.  As a non professional, the transition for me was based mostly on use of the system. I found that my camera bag was incredibly heavy and too bulky to use.  I had been looking into trying out a mirrorless system since more and more people had been converting.  I saw some amazing shots on the mirrorless system.  Finally, after a recent trip to Mexico, where I decided it was too much of a hassle to bring my gear… I knew it was time to make a change.

My canon gear consisted of the following:

This represents a large, for me, investment in the Canon system.

This bag was heavy.  Very capable, but a pain to carry around hiking and traveling in general.  I was basically using my cell phone for taking pictures in both of these situations that I most likely found myself in.

I decided on keeping my older Cannon Rebel T2i body with 2 EF-S lenses (kit lens and the 55-250mm).  These are worth almost nothing in trade, but still have some capability if I want to use a DSLR in the future.  It will also work as a good spare or primary camera if I can convince my wife to go out shooting with me.  I have managed to do this twice in the last five years.

I traded my cannon gear at my local brick and mortar for the Fujifilm XT-10 and comparable lenses.  I chose the brick and mortar, because its a good shop with good people, I feel good supporting small business, and I was able to get a good value in trade.  I could have done a bit better if sold things online, but I preferred to get things done quickly with a lot less hassle.

I chose the X-T10 since it had the same functionality of the X-T1, including the exact same sensor at a fraction of the price.  I do miss the weather sealing, but I rarely use electronics in the rain, even my IP68 Samsung Galaxy S7.  Over the summer I was caught in a very intense thunderstorm while hiking in Shenandoah.  The camera survived.

With the trade I was able to get a brand new camera and the lenses to cover me from 10-200mm. For the above cannon gear, I was able to trade for the following:

Since day one, I’ve been happy with the trade.  I have carried the camera around a lot more than my previous one.  My camera bag dropped it’s weight in roughly half.  It went from 8lbs 2oz (3680g) down to 3lb 11oz(4lb 60z (1693 g).  This is significant, and a lot easier to take around.  With the exception of the telephoto, which I only use rarely, any configuration of body/lens with the Fuji weighs less than my Cannon 5dm2 body alone.

I have also picked two additional lenses. The Fujifilm 23mm f/1.4 and Zeiss 32mm f/1.8 (effectively 35mm and 50mm primes).  One of the bonuses of switching to Fuji is the price of lenses.  The equivalent Cannon lens (35mm f/1.4) goes for around $1000.  This may be an apples and oranges scenario, but from my experience these Fuji lenses are sharp.  Here is an interesting comparison of the two.  In general Fuji gear (bodies/lenses) are roughly 65% of the price of the Cannon equivalent.  For someone like myself, a non-pro with a family on a budget, it’s nice having an option of purchasing high quality gear.

With the new camera, I have been able to take a lot shots that I have been proud of this year.  Here are just a few of them: 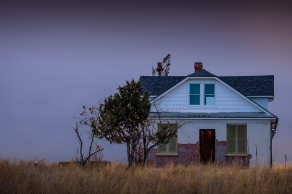 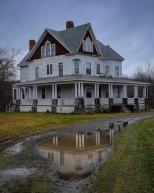